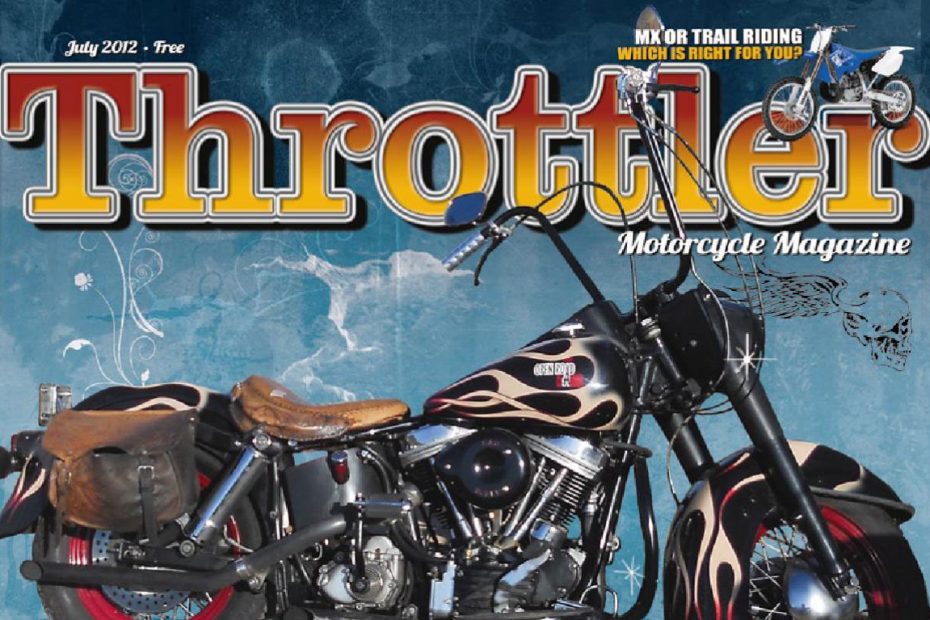 Oxytane seemingly has the right stuff As a precautionary rule of thumb, Throttler magazine tries not to endorse products that don’t have the backing or research we require to stand behind it. However, there’s a product we’re hearing a lot about coming onto the scene that’s worth mentioning. Their motto is “More Throttle in the Bottle,” and their claim is seemingly holding true. The claim is this: “Oxytane is electrolyte chemistry. That is to say, it is a very conductive liquid chemical. Unlike other chemicals added to fuel (Fuel Additives and Octane Boosters) Oxytane is an electrolyte designed for one purpose. To reduce and/or eliminate charge separation/electrostatic charge build-up generated in flowing fuel. Oxytane is the result of over 15 years of intense and focused research and development.” Which to us, it’s just a lot of mumbo-jumbo. However, our own “unscientific” tests showed some interesting results. First was my personal 2004 Jeep Grand Cherokee, which gained an astonishing 5 MPG on the highway immediately. But, we must caution that Oxytane admits there are some issues with using their product and Ethanol fuel and could possibly clog an automotive EGR valve. Nonetheless, we continued to put Oxytane in sport vehicles such as quads, street bikes, cruisers, and Harleys. Each had its own specific reaction to Oxytane with either better gas mileage, or increased horsepower (i.e., more power on the throttle). My son’s Yamaha YMF 80 Moto 4 is tearing up my yard grass now with much more proficiency. The quad is usually a little hard to start and now seems to pop right off. My personal cruiser showed much more power coming off a dead stop, and the top end feels like there’s a little more room to blow my hair back. The oddest thing is that my neighbor’s diesel pickup truck has never run better for him, and he’s constantly asking me for more samples. Similar results have occurred with street and even dirt bikes. Like we’ve said, we’re very skeptical about endorsing products, but when we heard that Buck Lovell, Editor at American Bagger, Miami Mike, Publisher at Wheels on the Road, Kip Woodring of Thunderpress and Chris Sawyer, Executive Editor at Autofieldguide.com have given Oxytane their thumbs up — well, we had to check it out for ourselves. All that said, we’re not scientists, and we sure as hell haven’t done professional testing on this stuff, but is does make some difference in our vehicles. It’s an interesting product, period. But use it at your own risk. Don’t think for one minute we’re paying for any speeding tickets, either. There are only two downsides that we can see: number one, we’re out of our free samples Oxytane sent us; number two, they only sell to dealers. So if you would like to get Oxytane, be sure to ask your local dealer to get some in their store. If you’re a retailer or dealer, ask yourself what product do you have in your store that will get customers in each week? Call (877) 411-9875 or visit www.oxytane.com for ordering. By the way, now that the Midwest riding season is winding down, we’re looking at taking a little break again. Last year, we envisioned publishing 12 months a year, but the fact of the matter is that ad dollars dry up during the winter. And as you can imagine, ad dollars are what keeps us publishing. So this might be the last issue we publish until our December “Holiday” issue. We’ll still be writing articles though, so keep up with us on line at www.throttlermagazine.com. Lastly, as you know, Throttler magazine hosted its Hole Shot ‘09 at the Iowa Speedway last month, and we think it was a great success for our first event. Lots of racing was to be had. We want to thank everyone that came, especially the motorcycle businesses that came and showed their support. PB Choppers was a huge hit with the fans, as was Big Barn Harley-Davidson. Walker & Billinglsey gave out free copies of their motorcycle insurance books, and others such as R/J Performance, Van Wall Powersports, DRT Bros Trike Conversions, The Insurance Station, Jung Enterprises, KS Power, Gass Racing, Hyperformance “The King of Cubes”, Roxx Tech, Wapallo County Customs, and Ride for the Cure showed their bling. Thanks everyone. As always, ride hard. R. Kabel & Scott Chambers
previousTest report on using Oxytane in a Range Rover Sport 2006
nextDemonstration of how Oxytane® removes air from fuel