Carbon build-up, the bane of any engine – causes, concerns and solutions explained 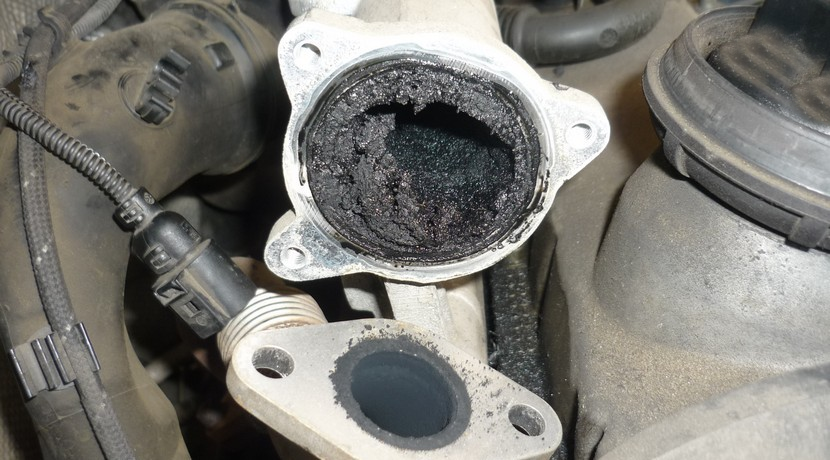 Whether you know it or not? You are losing fuel economy. Your engine performance is less than what it was the day you bought your vehicle and your engine is not as efficient as it was. WHY?

You are suffering from carbon deposits in your engine.

This occurs primarily because of higher emission regulations.

With the development of computer managed engine management and various engine sensor technologies.
Along with robust exhaust treatment technologies. Meeting severe emission standards is no problem for the manufacturers.

What they have not told the public is how they do it? And what are the consequences for the customer.

To keep it as simple as possible. Along with very robust exhaust Treatment technology. The other technologies that contribute to huge reductions in exhaust emissions are

What Actually Causes Carbon Build-up in the Engine?

There have been many papers and articles published claiming to provide the reasons for carbon deposits. Most of these have been incomplete at best. Modern computer controlled EFI engines are very well engineered technology. Powerful , Efficient with zero to very little pollution.

However they never figured out how to deal with carbon deposits. There are a few variable reasons, Therefore these carbon deposits reduce fuel economy, reduce performance and many times prematurely increase their tail pipe pollution.

Engine Oil Volatility – this is in my opinion the most important oil specification not printed on the bottle. In a conversation I had with Ted Selby -Founder of Savant Labs in Michigan and inventor of the ASTM approved and industry standardized Volatility test and equipment to perform the test.

I asked Ted Selby “If you were king for a day and could set the engine oil volatility limits where ever you wanted,
where would you set them?” Ted said “Mike that answer is easy. I would set them as low as possible. The Lower the volatility the better the oil.”

Where do we get the flies?

The Exhaust Gas Recirculation system (EGR) The EGR redirects a small amount of exhaust gas with soot down the intake system to lower Nox emissions. However it does not take a genius to figure out oil soaked intake’s with soot from exhaust gas leads to Carbon deposits.

Duty/driving cycle – Everybody who drives a car at one point or another has heard about how stop and go city driving is not good for the engine. Best fuel economies are achieved on the highway at steady state. In the case if generators they like high load conditions and do not like low load or idle. I have a paper that says diesel engine manufacturers add as much as 90% EGR to the idle circuit to meet Nox emission standards. Under these conditions how long does the engine remain in tune for?

Entrained air in the fuel. The engine manufacturing folks have been increasing fuel pressures since the 1960’s. What has been missed until recent years is what happens after fuel entrains air and the resulting problems created by the fuel system. Diesel fuel in many applications is run thru a fuel system at 30,000 PSI and then injected into a diesel combustion chamber through a hole in the injector you cannot see with the naked eye. When you factor in damage from fuel cavitation it is no wonder why injectors suffer damage.

All of this contributes to carbon deposits.

Finally lets talk about maintenance and maintenance schedules. Modern day computer managed engines are some of the best engineered technologies mankind has ever developed. However mankind still maintains the engines like they were built in the 1970’s.

A proper engine tune-up is not what it was even ten years ago. Tune-ups have changed.

The improvements in design, materials science, the addition of the computers and sensors have made huge improvements in the IC engine. With ever increasing regulations resulting in dirtier/carboned up engine occurring faster, different diagnostic technologies are required to deal with the problem Engine polygraph/Engine angel is just such a technology. It is the only known technology that can reliably see inside the IC engine while it is running. A good comparison would be Visual Flight Rules (VFR)
to a borescope as opposed to Instrument Flight Rules (IFR) Engine polygraph/Engine angel. This technology is so sensitive it can see the difference in an oil change.

Before and After/Old Oil vs New Oil and it has many other uses.

Old is new again-Catch can to prevent oil soaking the intake system. A properly designed and installed catch can system will eliminate a great deal of the oil that oil soaks the intake system. Keeping your engine cleaner and more efficient for a longer period of time.

Engine Oil By-pass Filter System – Here again old is new again, Since EGR’s are required and it is against the law in most places to delete them and they contribute heavily to soot loading of the engine oil A well designed and installed engine oil by-pass filter
can add years of life to your diesel engine.

Synthetic Oil – A good synthetic oil with low volatility can also add years of life to your machine. If you are running a diesel it would be wise to invest in a well designed oil by-pass filter. This can save you pockets full of money if your running a diesel.

Oxytane – a product that is added to the fuel.

It is registered with USEPA. Oxytane adds nothing to the fuel. It does however improve the fuel’s air release properties. When the fuel releases the air one has less fuel aeration , fuel cavitation and the fuel’s solvation properties improve dramatically. This cleans out carbon deposits and helps restore engine performance, fuel economy and restore the emission profile